Like the thousand words that I have written and never cared about throughout the twenty years of my life, the words I have smeared all over the sheets in last three hours are just a gimmick to prove my insanity. I have again succeeded in dissociating myself from the  second episode of the semester-end exam, series 2, the moment I stepped out of the hall.

T’was Shakespeare. And thee knoweth nothing about him unless thee run thy soul upon the sour lines of his tragedies.  Comedies too.

Jokes apart, I call them sour because they are far away from sugary sweet, candy crusted romance and maple syrup verse, and still show you what the entire school of literary criticism attempt to prove-  everything lies in the man’s belief and outlook. They leave a mild aftertaste of cinnamon in the mouth as you read past the lines, appearing as something you will crave for, more and evermore. From Hamlet’s quintessential question of striking the dagger, his self awareness of his degree of sanity, to the state of euphoria that lines from A Midsummer Night’s Dream and The Tempest offer; from the despondency of Othello, to the heart aches in As You Like It- this man makes it all, takes it all. I know where to source quotations from, to put up in my room! What else does one need?

They show you the light to burn the bridges of the past to the forge new and rise like phoenix. Phoenix: Because after each reading, emerges a different or totally new perspective, generation of a new interpretation. Now that’s how the size of  Shakespearean scholarship grows to become the most gigantic and diverse pool of ideas.

But…there comes the twist! The agenda of exam left me with no other option but to write same old typecasted answers. The scope of exploration stops the moment you limit the period, compartmentalise the focus- resulting in  materialisation of the texts.  The excitement that having of a handful of intangible, meaningful scholarships and arguments in mind gave, was probably not enough for the ambivalence that the question paper had to offer.

Now that I am in the metro, sitting with my earphones plugged in, I feel sorry for myself for not having justified to, say Hamlet, the critics, my own hypotheses and my very dear little soul who went through sleepless nights and lazy afternoons only to get as much as possible from books and online journals. By now, my script has been already stacked and packed  together with around 400 more cumbersome papers like mine, and is waiting to be parcelled to a mysterious underground den where all answer sheets are checked and evaluated. That’s another mysterious thing that I’ll save for some other day.                      Just that, it’s Gone. Pshh.

A Bruce Springsteen song plays languidly in the background as my brain contemplates the blunders of the answer script.

Ghost of Hamlet shall save me. As well.

If only Hamlet could try Springsteen, on the second thought.. 😉 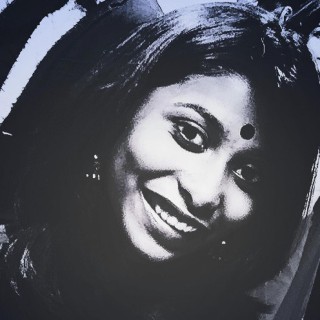 Student, stuck in the mortality of choices, and thus, lately succumbs to writing. I eat, read, breathe words.